In 1989, twenty or so herbalists gathered together in Santa Cruz, California. This group of individuals would soon become the first members of the American Herbalist Guild. The AHG was founded as a way to promote further research, education and study of herbal medicine as well as to bring herbalists from around the United States together. These herbalists began a new movement of herbal medicine that began a reformation of herbs as a traditional medicine form based in modern research. While the herbalists and schools I will speak of here are varied they are by no means a complete list of the wonderful herbalists practicing and making amazing advancements in herbal medicine today in North America. 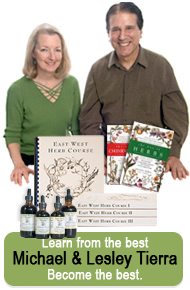 I am starting with these two because they were the two that first invited the herbalists to gather in 1989. Before their request, herbalists in the US were not coordinating with each other the way that we do today. Today, Michael and Lesley are the authors of many books together and alone, they are the owners of the herbal company, Planetary Herbals, and the founders of the East West School of Herbology. Their school, based in California, reaches to combine western herbalism of North America and Europe with Traditional Chinese Medicine and the Five Elements Theory.

This fabulous woman is often labeled as the ‘Mother of Modern Herbalism.’ She is well known for her famous Fire Cider remedy that has recently been trademarked by a company with no legal precedence. She is often found fighting for the rights of herbalists to practice freely and with a pile of herbalists following her feet feeding on her every word. Rosemary teaches often at various herb schools about her famous ‘herb balls’ and I personally began to learn about herbal preparations from her in 2010. 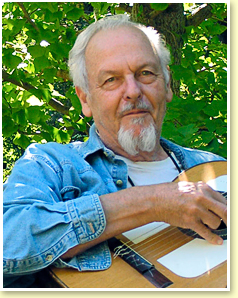 Living in centrally Maryland, Jim is getting up in years now but is always ready to take you on a tour of his garden and show you how he throws that hot sauce on his aching joints. Not only is he a fabulous research based scientist that has traveled the world searching for herbs, he is well known for publishing about herbs from the Bible and being the inspiration behind the film ‘Medicine Man’ featuring Sean Connery. Having worked for many years for the National Institute for Health he now enjoys his time in the garden and writing his folk tunes at home. His wife, Peggy, who passed a few years ago, also had a love of herbs and was one of the last artists drawing herbs for botanical uses.

This wonderfully eccentric man lives in upstate New York and runs the North East School of Botanical Medicine. I was lucky enough to have him as one of my first teachers, learning from him on a random herb walk through the woods. He is well known for his use of herbs for first aid and his more hands on learning methods rather than classroom learning.

She contrasts 7Song well as a fabulous eccentric woman who is a stickler for getting everyone on herbs, specifically nourishing herbal infusions. Having published many texts, she has her own herbal mentorship program and a weekly call in online radio show. 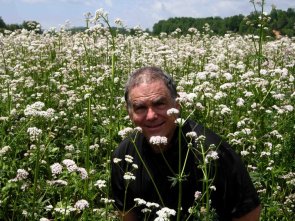 Founder of the North American Institute of Medical Herbalism. Paul was a teacher that I connected with quickly when I first met him. He really instilled in me the importance of food as a first line of treatment for all conditions. Paul is a large proponent of a Paleo Diet and led me towards reducing and eventually removing gluten from my diet.

Be sure to check back next week for our final installment about the history of herbal medicine and be sure to sign up for our FREE Monthly Wellness Newsletter and visit our website at www.thedancingherbalist.com

This site uses Akismet to reduce spam. Learn how your comment data is processed.